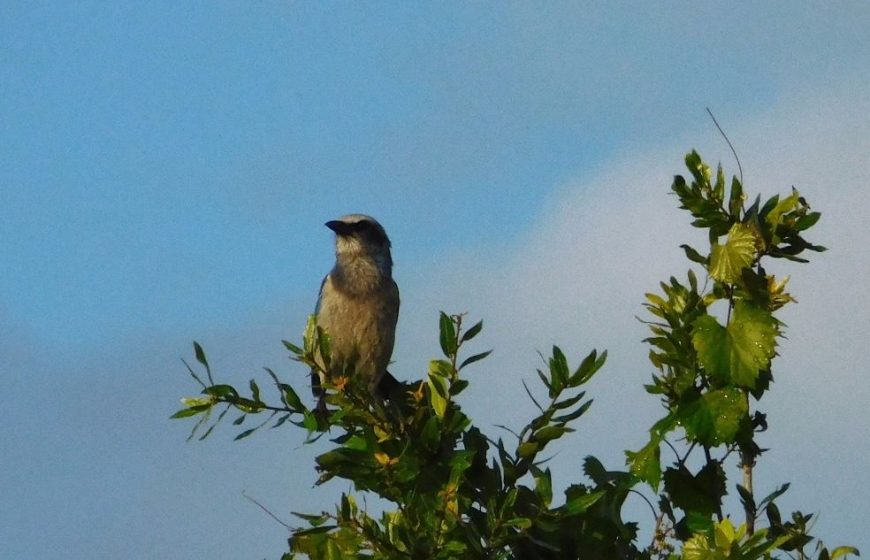 There had been rain the night before the walkabout but the sun was shining brightly that morning.  After drought conditions, both the birders and the birds found the morning refreshing.  Eight birders explored the scrub habitat in the park and also followed part of a long narrow marsh that runs through parts of the dry scrub and Pine Flatwoods.  Scrub Jays were seen near the entrance and also further back in the park. Blue Jays were also seen. Green Herons were observed perching on small oaks seemingly in the middle of a scrub habitat but after getting closer we could see the rushes and water in the marsh nearby. Bob Whites were calling frequently while we were walking.  We even got to see a pair cross the trail ahead of us. That morning we saw 24 species of birds and heard several more. Some of the birds we saw were an Eastern Towhee, a Northern Flicker, and Red-bellied Woodpeckers.

Please join PRAS next season for more walkabouts and field trips exploring favorite birding spots as well as some exciting new locations. Have a wonderful summer.