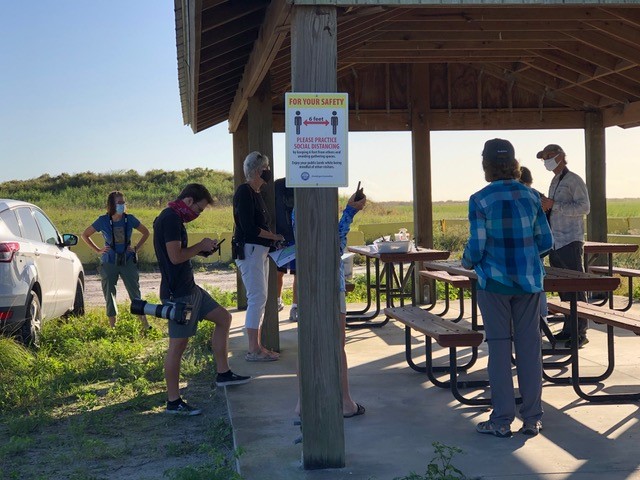 On Saturday the 21st Steve Buczynski, President of Hendry-Glades Audubon led a group of Peace River Audubon’s members on an escorted driving trip through the Stormwater Treatment Area 5/6.  It is a birding hotspot  of 17,0000 acres which was designed to aid Everglades restoration in eastern Hendry County near Clewiston.  Margaret England checked the participants in and handed out walky-talkies at 8 am and the caravan began to work their way through the 20 miles of trails. 57 species were seen including the Peregrine Falcon and Yellow-billed Cuckoo.  There were lots of deer and alligators with the wetland birds.  Among the bird species were 3 kinds of egrets and herons, Wilson Snipe, Greater Yellowlegs, Black-bellied Plovers, Eastern Meadowlarks, a Bald Eagle, Roseate Spoonbills, Killdeer, Least Sandpipers, Semipalmated Plovers, Kestrels, Red-shouldered Hawks, Fulvous Whistling Ducks,  Savannah Sparrow, Northern Rough Winged Swallow, Common Yellowthroat, Crested Caracara, American White Pelican, Gray-headed Swamphen, Limpkins, Soras, Gallinules, Grebes Blue-winged Teals and American Bittern to name a few.

It was a beautiful day that ended too soon, around 2pm.  It was well worth the drive! 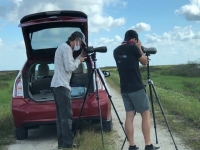 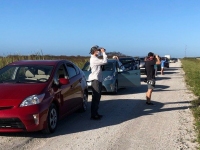 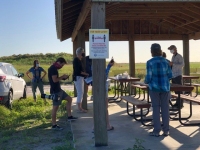 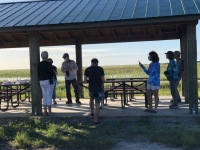 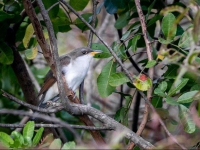 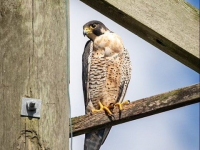 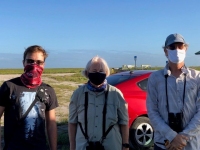