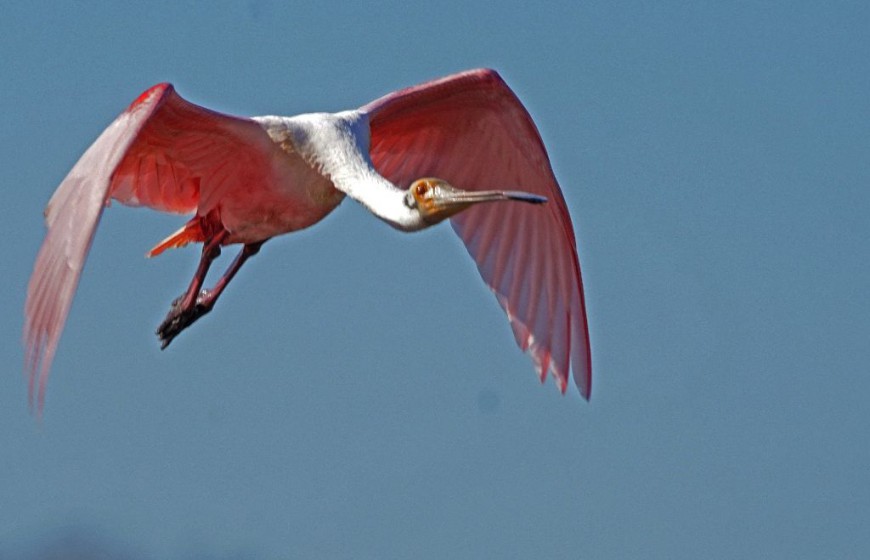 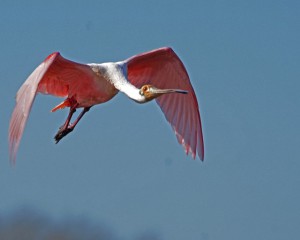 What a beautiful day we had for the field trip to Celery Fields!  The day was sunny and just a bit on the cool side.  Twenty-seven of us met at the Raymond Road gazebo, as we expected the best action to be early morning at the South Pond.  After watching Common Yellowthroat, Swamp sparrow, Blue-winged Teal there, we were treated to a Northern Harrier flying low over the marsh in search of food.  Limpkins were with us all day,  heard when not seen. A Sora was heard but not seen.   Especially during the early hours we witnessed many flocks in the air as birds moved from their night roosts in search of food,  Glossy Ibis, Sandhill Cranes, Roseate Spoonbills among them.  We proceeded south to the cross berm, checking out the farmer’s pond across the road and the fields along the way.  We found Savannah Sparrows along the roadside , Ring-necked Ducks in the farmer’s pond, and heard Eastern Meadowlarks in the fields.   At the end of the berm the ponds on both sides produced the largest concentration of water birds.   Moving our cars to the Visitor’s Center parking lot, we explored the Palmer Road gazebo where a small flock of Nanday Parakeets (formerly called Black-hooded Parakeets) flew almost overhead. Our final walk was on the North Pond area along the hill, some of us choosing the path on top and others the low road. Hundreds of Yellow-rumped Warblers flitted in the bushes.  The long pond at the north end rewarded us with Lesser Scaup and Forster’s Terns, and a Bald Eagle flew overhead.   Following a picnic lunch at the Visitor’s Center, we went our separate ways.  A total of 43 species had been observed.