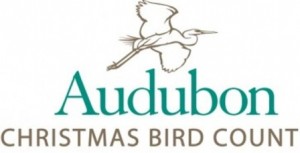 Peace River Audubon’s 2016 Christmas Bird Count will be on Saturday December
17th and encompasses a fifteen mile diameter circle, the center point being
approximately downtown Punta Gorda. The circle is divided into about 12
areas, the furthest south areas being Charlotte Harbor Environmental Center
(CHEC) and Cecil B Webb preserve. There are three water areas: the southern
part of Charlotte Harbor including the area around Alligator Creek; the
northern part of the Harbor; and the Peace River from the US 41 bridge. Each
area is headed up by an individual who determines where their group goes in
their particular area, where and when they meet. In some cases they break up
into smaller groups covering particular areas, such as a golf course. Most
groups start about 7 am and go until about noon. Some go out again later in
the afternoon to count birds coming in for the evening.  The more people we
have out counting the more accurate our survey of the birds in our area will
be.
We need volunteers even if it to count the birds at their feeders in their
own
yard.  In 2015 we saw 133 species and 23,000 birds, and with your help we
will be able to surpass those numbers.

Prior to the turn of the century, people engaged in a holiday tradition
known as the Christmas “Side Hunt”: They would choose sides and go afield
with their guns; whoever brought in the biggest pile of feathered (and
furred) quarry won.

Conservation was in its beginning stages around the turn of the 20th
century, and many observers and scientists were becoming concerned about
declining bird populations. Beginning on Christmas Day 1900, ornithologist
Frank Chapman, an early officer in the then budding Audubon Society,
proposed a new holiday tradition-a “Christmas Bird Census”-that would count
birds in the holidays rather than hunt them.

So began the Christmas Bird Count. Thanks to the inspiration of Frank M.
Chapman and the enthusiasm of twenty-seven dedicated birders, twenty-five
Christmas Bird Counts were held that day. The locations ranged from Toronto,
Ontario to Pacific Grove, California with most counts in or near the
population centers of northeastern North America. Those original 27
Christmas Bird Counters tallied around 90 species on all the counts
combined.

The data collected by observers over the past century allow researchers,
conservation biologists, and other interested individuals to study the
long-term health and status of bird populations across North America. When
combined with other surveys such as the Breeding Bird Survey, it provides a
picture of how the continent’s bird populations have changed in time and
space over the past hundred years.

The long term perspective made possible by the Christmas Bird Count is vital
for conservationists. It informs strategies to protect birds and their
habitat – and helps identify environmental issues with implications for
people as well. For example, local trends in bird populations can indicate
habitat fragmentation or signal an immediate environmental threat, such as
groundwater contamination or poisoning from improper use of pesticides.

In the 1980’s CBC data documented the decline of wintering populations of
the American Black Duck, after which conservation measures were put into
effect to reduce hunting pressure on this species. More recently, in 2009,
the data were instrumental in Audubon’s Birds & Climate Change analysis,
which documented range shifts of bird species over time. Also in 2009 CBC
data were instrumental in the collaborative report by the North American
Bird Conservation Initiative, U.S. Fish & Wildlife Service – State of the
Birds 2009