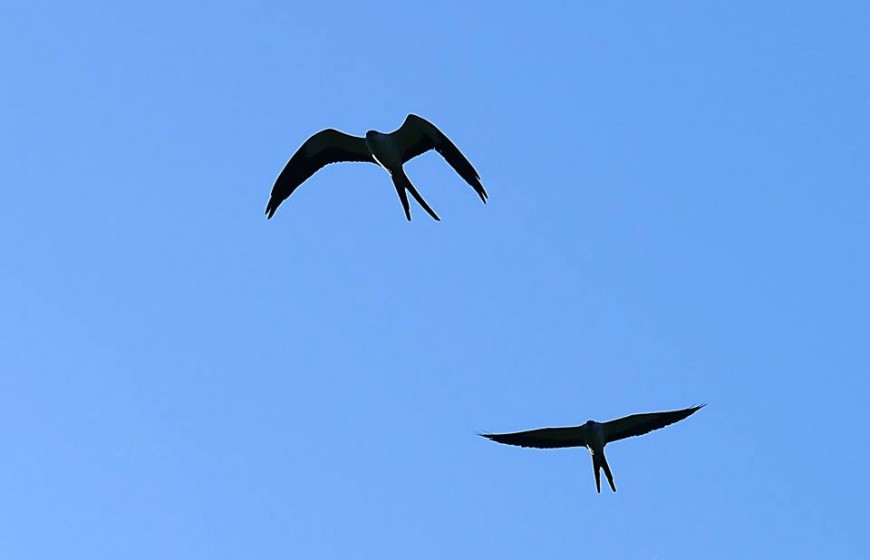 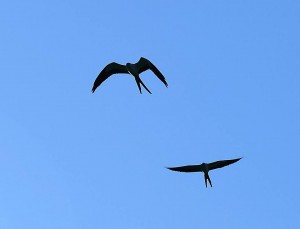 It was a nice morning on Tuesday 5th of April 2016 at Kiwanis Park, as the group of 22 birders scanned the trees in the parking lot for warblers. The baby Barred Owl was exercising his wings while waiting for his meal from his mother. We moved on and saw four Swallow-tailed Kites circling around the tall pine trees putting on an aerial show. The pileated woodpecker was noisily calling and flying around. Some of the group were lucky to see the Yellow-billed Cuckoo on the boardwalk. The birds were a little quite this morning, but the walk was enjoyable.

Photograph of Swallow-tailed Kites in silhouette by Larry Behrens.