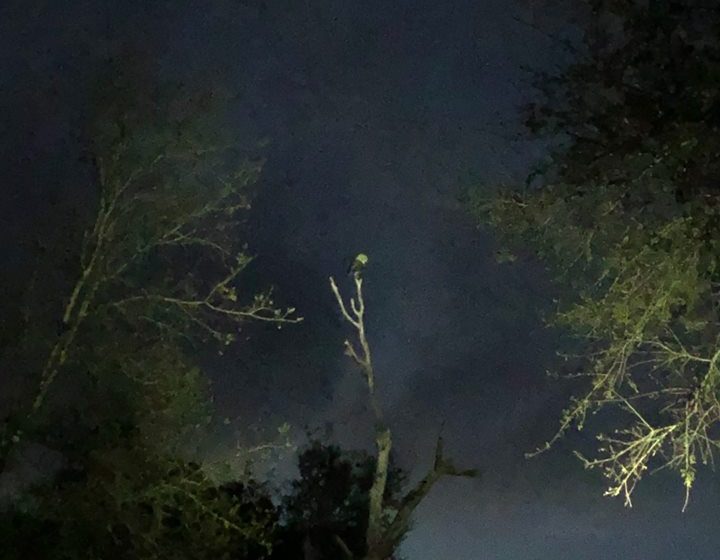 As the sun set, cloudy skies gave way to a beautiful starry night. The Barred Owls were also very cooperative, treating the 17 participants to quite a show.

After only a couple of calls, the first owl began answering nearby. A second owl came in quickly. By that time, the first owl had perched on a dead snag close to the group giving everyone a great look. Soon, another owl began calling from across Shell Creek. Eventually, they finished by treating us to their boisterous cackling duets.