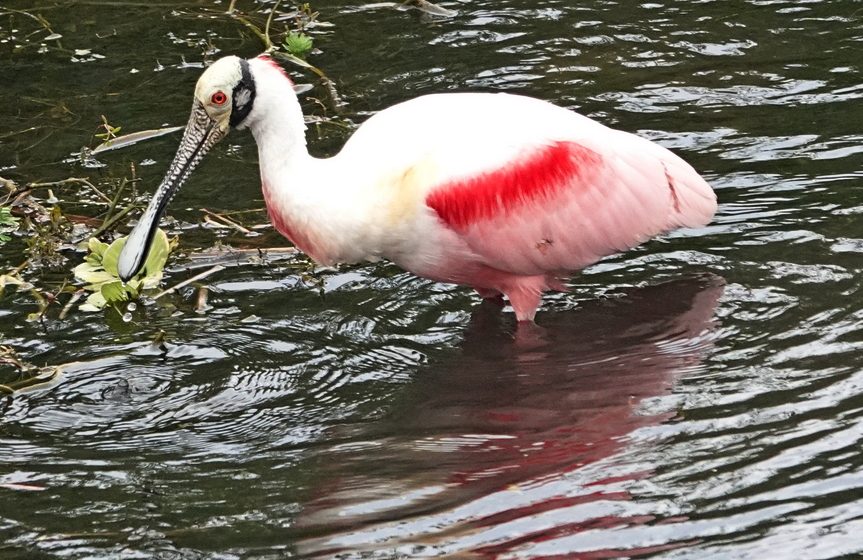 The day was cool and mostly cloudy, perfect weather for walking in an open setting (and for photography).  Fifteen expectant birders were eager to discover what Celery Fields had to offer.  Celery Fields rarely disappoints.  Although most of the group came independently, we arrived at Ackerman Lake at the same time, allowing us to see a few species such as Ring-necked Duck, Lesser Scaup and gulls that we were less likely to find in the areas where we planned to go in Celery Fields itself.  A couple of small flocks of Sandhill Cranes flew over, and more were seen later.

We moved on to the Raymond Road gazebo, hoping to see some rails or bitterns.  The American Bittern made such a quick move from one patch of flag to another that not everyone got to see it.  A Bald Eagle perched on a platform, a Red Shouldered Hawk and American Kestrel perched on wires.  Ducks, moorhens, herons, egrets, and ibises either flew over or waded in the water nearby.  Limpkins were screaming, and several were seen throughout the morning.

We next walked the berm of the southernmost cell to the barricade.  Birds were close enough for good sightings, and everyone had great looks at most of them.  We were impressed with the number of individuals, especially the Glossy Ibis.  Of special delight were the Sora, the flock of Nanday Parakeets that flew over screeching and landed on wires not far away, and the Roseate Spoonbills, especially one male in high breeding plumage seen close by in a creek that paralleled the west wall.  Although we walked less than half a mile, the birding was so good that we saved little time to bird elsewhere.

Our final stop was at the  Palmer Road gazebo, where Purple Gallinules and Banded Water Snakes were the stars.  We also got a good lesson on the “muddled” duck, the hybrid between Mallard and Mottled Duck that is replacing the Mottled in Florida. In fact, as far south as the Sarasota area, it is now assumed that all such ducks are muddled until proven otherwise.   Although most muddled ducks are quite hard to identify, we found one male that looked very much like a male Mallard, but lacked the white band below the green on the neck.

At Celery Fields you get close enough to most of the birds to get great looks, that is, when they come out of hiding.  If you are patient or lucky enough, they do.  We managed to tally 53 species for the trip. The day ended with a lively picnic at the Visitor’s Center.  Eleanor Marr